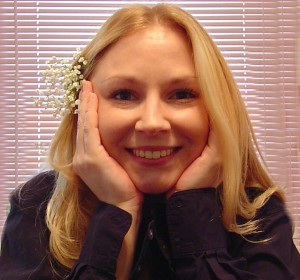 By combining the experience of self-reported positive and negative emotions among 1,400 US-residents, researchers created four affective profiles which they then used to discern differences in happiness, depression, life satisfaction and happiness-increasing strategies. The differences between these profiles suggested that promoting positive emotions can positively influence a depressive-to-happy state (defined as increasing levels of happiness and decreasing levels of depression across the affective profile model), as well as increasing life satisfaction.

The study, titled “The affective profiles in the USA: happiness, depression, life satisfaction, and happiness-increasing strategies”, was published on September 10th in PeerJ, and targets some of the important aspects of mental health that represent positive measures of well-being. Happiness, for example, can be usefully understood as the opposite of depression. Life satisfaction, another positive measure of well-being, refers instead to a comparison process in which individuals assess the quality of their lives on the basis of their own self-imposed standards. As people adopt strategies to increase their overall well-being, it is important to know which ones are capable of having a positive influence.

The researchers found that individuals with different affective profiles did indeed differ in the positive measures of well-being and all 8 strategies being studied. For example, individuals classified as self-fulfilling (high positive affect, low negative affect) were the ones who showed lower levels of depression, tended to be happier, and were more satisfied with their lives.

With respect to specific happiness-increasing strategies, the researchers found that strategies related to agentic (e.g. autonomy, responsibility, self-acceptance, intern locus of control, self-control), communal (e.g., social affiliation), and spiritual (e.g., religion) values were positively related to a ‘self-fulfilling’ profile. “This was the most surprising finding, because it supports suggestions about how self-awareness based on the self, our relation to others, and our place on earth might lead to greater happiness and mental harmony within the individual” said Garcia.

MADISON — Why do animals ranging from fruit flies to humans all need to sleep? After all, sleep disconnects them from their environment, puts…