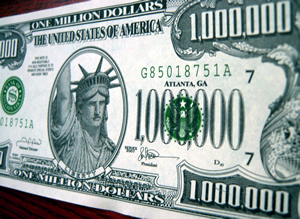 Exploring relationships between achievement and wellbeing

The increasing interest given to youth wellbeing has encouraged teachers to incorporate wellbeing into their pedagogy and classroom activities.  It is vital that they do this with an understanding that wellbeing grows from healthy goal pursuit, not as a result of achievement.

Back in 1995, in the chilly north of England, I conducted a great deal of research investigating the relationships between the goals we set and our vulnerability to anxiety and depression.  I found that there are indeed some enduring relationships between what we want and how we feel. In line with last months mention of intrinsic motivation, my colleagues and I found that those vulnerable to depression tended to set extrinsic goals such as financial success and public recognition, above and beyond intrinsic goals such as skill development and improved personal relationships.  These findings were mirrored in adults and students alike.

Once settled in Australia, I found similar results among Australian school children in 2002.  In a study of more than 30 Western Australian schools, I headed a research team that identified worrying rates of depression among children who wanted financial and material success as their top goals in life.  In contrast, the happiest groups of children I studied prioritized self-actualization (becoming the best person they could be) and having healthy family relationships.  Closer investigation of this link between goals and depression showed that the problem lies, not in wanting money or simply to own lots of ‘stuff’, but rather in wanting these things MORE than a desire to engage with life in a personally fulfilling way.

As a follow on from this research, my team and I held in-depth interviews with young people in and around Perth.  Again and again vulnerable kids of all ages told us how much they wanted to end up in a job that earned lots of money, rather than one that was personally satisfying.  They told us how they viewed material wealth as a greater measure of success than acquired skills or nurtured talents. Large concrete shiny houses were considered far greater achievements than any form of abstract ‘inner peace’.

These same vulnerable kids also told us how much they admired anyone who had any measure of public recognition, (ie anyone who had managed to obtain a spot on reality TV!).  It seemed that Big Brother was viewed as the epitome of ‘having made it’ by a worrying number of pre-teens.  I call these young people ‘vulnerable’ as they were the ones who had the lowest levels of wellbeing, and the highest levels of depression.

So what is it about prioritizing extrinsic goals above intrinsic ones that is so depressing? I might consider it a bit sad to want to sit on the Big Brother couch, but is it really such a terrible thing for the youth of modern Australia to desire?  The answers appear to lie in the motivations controlling our goal choices.  If we prioritize extrinsic goals in life, we are more likely to believe that happiness and wellbeing are themselves goals to be achieved.  Simply put, we are more likely to believe that once we are rich or famous or living in our big house…we will be happy.  We believe that we need to achieve our goals to make us happy, and that happiness comes as a direct result of achievement.

This means that we tend to put our happiness on hold during the pursuit of our goals.  We are willing to pursue a school subject we have no interest in, a career that does not suit us, even an unhealthy relationship, all in the faith that once we have achieved our goal (be it a high grade, a great income or a white wedding…) we will be happy.  I have called this phenomenon Conditional Goal Setting.  As may be expected, anyone who negates to attend to their daily wellbeing in this way, is likely to feel generally unhappy and unfulfilled with daily life.

If a Conditional Goal Setter is lucky enough to attain a longed for goal, eg to make a million or get in the finals of Master Chef…they may indeed experience elation and joy.  However, humans quickly habituate to success and so the Conditional Goal Setter must soon set another goal to pursue their evasive long term wellbeing.  They try and earn higher grades, more money or seek out the next level of fame.  Of course if they fail, then the picture is even bleaker as they suffer with the realization that they may now never ‘achieve’ their longed for happiness and wellbeing.

Young and old individuals who have consistently high levels of wellbeing do not pursue happiness or even the maintenance of happiness. Rather, they set intrinsic ongoing goals that create happiness as a byproduct of goal pursuit. For example, the student who studies medicine for the love of the subject will feel happy because they are engaged with what they are doing, not because they are likely to have a high income.  The singer who enters a reality show because they love singing will experience wellbeing even if they also are momentarily disappointed by losing the competition.

All of this research stresses the importance of engaging in the things we are DOING in life more than the things we want to ACHIEVE in life.  It also reminds us how important it is to prioritize our intrinsic goals above our extrinsic ones.  This is certainly not an anti-materialistic stance. I am convinced my life would be easier if I suddenly won a million dollars from the lotto or was given untold wealth…however, wanting these things more than I want to live my life in an engaging and personally fulfilling way would be a fragile and vulnerable way to live.

Dr Helen Street is an applied social psychologist with a passion for wellbeing in education. She presents seminars and workshops for schools. Helen is also chair of The Positive Schools Conferences (www.positiveschools.com.au)