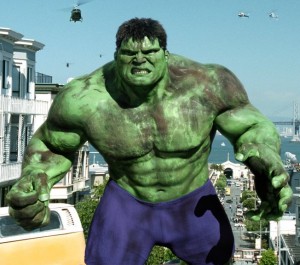 Engagement is one of the most over-used, yet misunderstood concepts in education.

Many educators, parents and students have a varied understanding of what engagement at school looks like.

The Australian Macquarie Dictionary defines the verb engage as:

Engage – verb: 1. to occupy the attention or efforts of (a person etc.)

Using this definition, it is apparent schools do engage their students. Producing occupied and busy students appears to be the goal that many schools strive for, and regularly achieve.

Think about your kids’ crammed academic curriculum, extra-curricular clubs and homework schedules. Think about how much time their school demands, and how their involvement is then rewarded via awards, badges, report comments, assembly appearances or grades.

In schools compliance is regarded as engagement. Does he follow the rules? Does she sit quietly in class, raise her hand to speak and wear her uniform correctly? We’ll describe a student as engaged if they do no more than conform to what is expected.

Whilst the compliant student may still do well in school, by mistaking conformity and compliance for engagement we miss out on the real benefits of genuine engagement.

The Macquarie Dictionary offers another definition that I’d like to explore further:

Engage – verb: 3. To attract and hold fast: to engage the attention: to engage someone’s interest

This got me thinking. Do we attract students to learning? Or push them into it?

Within psychological circles, the accepted definition of engagement is:

The sense of living a life high on interest, curiosity and absorption. Engaged individuals pursue goals with determination and vitality.

And to help us convince those colleagues of ours who believe school is only about test scores; these students also reported higher grades.

So clearly, Engagement is everyone’s business. But be honest – are your students genuinely engaged?

Or are they just doing what’s expected?

And now be really honest – is that good enough for you and your school?

Intrinsic motivation is a prerequisite for engagement. According to Ryan and Deci (2000), for an individual to be intrinsically motivated they need a sense of:

How can schools enhance engagement?

If you’ve read Drive by Dan Pink you may have already considered how your school could enhance engagement. Pink writes clearly and concisely on the subject and in my opinion, should be required reading on any teacher training course.

Schools go to great lengths to give students (and teachers) the impression that they encourage independence. However, in the scheme of things, most of what occurs at school is prescribed for the students, not by them.

Students have little say in the shaping of their experience at school. Take a look at the following diagram. It is known as Roger Hart’s Ladder of Participation and has been around since the early 90s.

Some schools, teachers or parents may look at the ladder and feel that it is simply not workable in a school environment. But I’d encourage you to think what aspects of your school could encourage more citizenship?

It’s clear to see that each rung of the ladder indicates a proportional level of autonomy.

Why not start with something easy?

The concept of Competence or Mastery is of utmost importance, yet I believe students have little understanding of what mastery actually is. Let me use an analogy.

At his peak, Roger Federer was (and still is) the finest tennis player I have ever seen play.

Between February 2004 and August 2008, he held the World Number One spot for a record 237 consecutive weeks.

At the time of writing, he has been at Number One for a total of 302 weeks, beating Pete Sampras’ record of 286.

He was named Laureus World Sportsman of the Year for a record four consecutive years between 2005 and 2009.

And in 2011 he was voted by over 50,000 people from 25 countries as the second most trusted and respected person in the world, second only to Nelson Mandela.

If anyone is entitled to feel they have mastered their art it would be Roger Federer.

But has he mastered tennis? Has he ticked it off his list of things to do? Does he feel he has nothing else to learn from his coach?

No. He continues to train every day. He attempts to refine his technique, improve his agility and increase his power.

Despite all he has achieved in Tennis, Roger Federer is still trying to improve every day.

Yet too many students equate an A grade with mastery. They have achieved all there is to achieve in this area of their education. There is no need to revisit it and they see no need to attempt to improve on it. By placing grades on learning, we insinuate there is an end-point. There is no end-point for Roger Federer and champions like him.

We really need to think about the importance we place on grades in school and the message it sends our kids about the value of education.

Even someone who gets 100 percent on a test can improve some aspect of what they do in that discipline. The question is do students appreciate that fact?

What could students learn from Roger Federer?

Kids are pretty savvy. To start with, most of them carry technology in their pocket that can prove or disprove a teacher’s theory in an instant – and they aren’t afraid to use it!

Whilst having a sense of autonomy and mastery is crucial to creating genuine engagement, without a meaningful purpose then kids won’t fully buy in. Think of this as the fourth R of education – Relevance.

All kinds of problems arise when kids realize:

The only reason you’re teaching something is because it will be on the test.

The only reason they are learning something is because the syllabus dictates they must.

Or when a teacher’s response to a student’s question is or implies, “Don’t worry about that, it’s not in the exam…”

The compliant students get on with it anyway and we pat ourselves on the back for a job well done.

But those students who are independent critical thinkers decide this holds no relevance for them and they disengage.

In this sense disengagement should not be seen as a disciplinary or behavioural issue. We need to recognize it for what it is – a protest.

Students are disengaging as way of a protest against what school is serving up to them.

And to be honest, who can blame them?

Maybe it’s not the students who are the problem.

Finding relevance in the curriculum

Depending on the subject this may be easier for some than others. The fact that we have separate subjects only serves to make them less relevant to each other and life in general. Very few of us live our lives in 40 minute blocks, where the previous 40 mins had little if anything to do with the next.

The next time you use or read the word “engaged” in a report, consider this:

Can you say the student is genuinely engaged in the manner I’ve described here?

Hopefully you can. And whilst we’re on the subject, how engaged are you in your work?

What factors, if any, prevent genuine engagement in your workplace? What can you do about it?

We are excited and delighted to inform you about the Positive Schools 2015 conferences.   www.positiveschools.com.au   In 2015, we are joined by Australia’s…