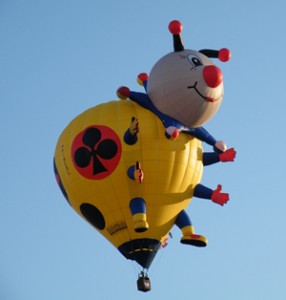 It’s time we celebrated the journey of Australian teachers who tirelessly and effectively promote wellbeing every day.

Two weeks ago, my eight-year-old daughter Lucia came home from school full of excitement and anticipation.  Her resourceful teacher had arranged a visit from the ‘Channel Nine Weather Watch’ team.  The Channel Nine helicopter planned to land on the school oval to the cheers of my daughter’s year three/four class.  Weather presenter, Angela Tsun, would then dismount with her trusty support crew and go into Lucia’s class to talk about meteorology.

Weather Watch day arrived with Lucia eager to get to school. As I said good bye I left an energetic girl ready to head to the oval.

Later that morning disappointment surfaced when I received an email stating that due to incremental weather conditions, the Channel Nine helicopter would no longer be able to land. It had been raining steadily all morning.  I met Lucia at school pick up with a big hug and immediately told her how sorry I had been to find out that her Weather Watch experience had been cancelled.

Lucia looked at me bemused. “Mum” she said “we did the weather watch. It was great”

“Yes with Angela – she was lovely. It all went really well”

“But I heard that the helicopter couldn’t land?” I asked feeling immensely puzzled.

Lucia looked at me as only an eight year old daughter can… “Mum! They came by car”…

I have relayed this story not simply to demonstrate how ridiculously off the mark I can be at times, but because it makes a perfect metaphor for the pursuit of wellbeing in our schools.  It seems to me that we can get so caught up in seeking out the newest and shiniest journey to wellbeing, the latest helicopter ride; that we lose sight of the effective ways that teachers travel every day.

In 2011, I counted over 160 different wellbeing programs in Australian schools. Many of these are indeed able to help in the promotion of wellbeing among students and staff. Yet, it is so important to remember that some of the most vital vehicles for wellbeing involve ideas and strategies that teachers use every day – without any special equipment or accompanying gadgets.  We also need to be reminded that behind any effective classroom based program, there is an effective teacher driving steadily forwards.  Classrooms thrive and students flourish because of the positive relationships that teachers build with them.

This year’s Positive Schools Mental Health and Wellbeing Conference saw the inaugural Positive Teacher of the Year Award presented to Peter Trimble from Brentwood Primary School.  Peter won the award as a result of his daily ability to build nurturing relationships with his students and staff.  In addition, he demonstrated passion and innovation with the development of a playground mediation program providing responsibility to students for settling peer disputes. He also created a nature program where students grow trees from seed, eventually planting them in the community. As Peter says “the crucial element to creating school wellbeing is relationship building”.  This is something that can be done with simple skills and ideas, and without any specialized manual or piece of equipment.

Peter was one of over 500 nominees entered for the Positive Teacher award.  It was notable that students nominated their teachers primarily because of their relationship building skills. Because they ‘took an interest in the students, beyond the academic.’ ‘Because they listened’.  Because, as in the words of one student ‘[my teacher] comforts people by not judging a person by their story but instead judging them by their courage to improve”.  Just as Peter himself states, students connect with teachers who take an interest in them, who listen and take note of their emotions and who judge their behaviour but never judge them as individuals. These teachers are able to acknowledge their students’ successes and are always ready to welcome them into the classroom.

Other teachers were nominated by grateful parents.  One parent described how her son’s teacher had personally fund raised for specialized sound equipment when her son was diagnosed with a ‘dead’ ear.  He had been effectively deaf when three or more children had been talking in class however, he did not qualify for any extra support or funds.  Once the new equipment was installed in the classroom, this boy’s confidence and ability improved in line with his ability to hear and participate.

Then there were the hundred’s of teachers nominated by their peers.  Nominations were received for teachers who were great at forming relationships within the school community.  Many others had initiated wellbeing strategies within their classes that had expanded into the whole school. We heard about ‘girls’ lunch clubs’, ‘boys groups’, ‘cyber-bullying initiatives’ and ‘havens of safety’, among many others.

We also heard about teachers in economically deprived areas who had set up breakfast clubs for students arriving at school with empty stomachs. Others took disadvantaged children to the theatre or helped them afford to go to their graduation ball.  Many visited sick students in hospital or grieving students at home.  Many others supported fellow teachers – demonstrating the importance of creating cohesion and wellbeing among staff.

It is often suggested that we could do more to develop positive mental health in young Australians.  It is so vital to be aware that thousands of Australian teachers already do more than ever could reasonably be expected.  As much as it is great to learn about the newest and shiniest ‘helicopter ride’ to wellbeing, we can often learn an enormous amount from the teacher working in the room next door.

Peter told me that he felt privileged and honoured to receive his award.  If we are to ensure we give wellbeing the priority it deserves, we need to make sure we continue to acknowledge teachers who support their colleagues and students every day.

My involvement in this award process has certainly taught me that one teacher really can make a positive difference to an entire community.

Dr Helen Street is an applied social psychologist with a passion for wellbeing in education. She presents seminars and workshops for schools. Helen is also chair of The Positive Schools Conferences (www.positiveschools.com.au)

Visit www.positiveschools.com.au to nominate a deserving teacher for the 2014 Positive Teacher of the Year Award (open from October 2013) (supported by KidsMatter, MindMatters and Positive Schools Australia)